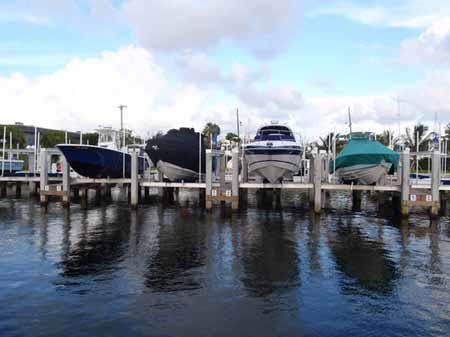 Golden Boat Lifts has been awarded the contract for lifts in phase 3 of Miami River Cove Marina. When the developers decided to move forward with this phase of the project there was no debate on whether or not to install Golden Boat Lifts. They had installed Golden Boat Lifts in Phase 1 and Phase 2 and the lifts have far exceeded their expectations for two obvious reasons: 1) the lifts have worked flawlessly and 2) using boat lifts has created a high demand for slips in their marina. Boat owners are currently on a waiting list for the lifts in Phase 3 that will be installed in the near future.