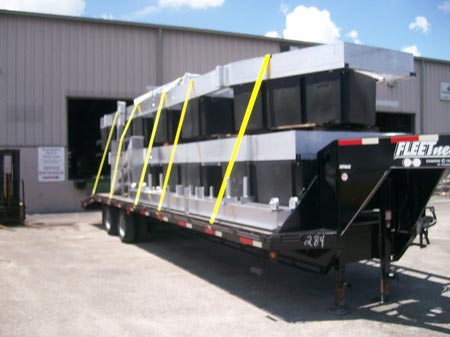 Golden Boat Lifts wins bid with the state of LA to supply float lifts for the new Fish and Wildlife Facility in Grand Isle. The first two of several 12,000lb lifts will be installed by mid-September. After the new facility was completed they realized something had been overlooked and that something was boat lifts. After a brief search they discovered the Nel-Sun Float Lift manufactured by Golden Boat Lifts. This was the perfect solution. These lifts gave them everything they required, its completely self contained, has wrap around walkways for full access to the boat and they would fit perfectly into their existing boat slips.