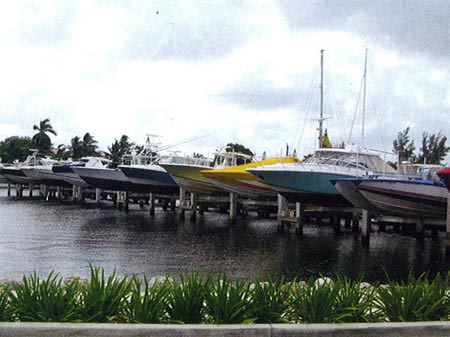 “Boat Lifts have been a part of our development and expansion plans in our marina for years,” explains RCI Marine project coordinator, Mark Summers. “We have had good and bad experiences but recently we’ve worked with Golden Boat Lifts and the customer service as well as the lifts has exceeded our expectations.”

According to Summers, installing boat lifts actually creates demand for slip space – “[it] allows us to charge a premium. Our marina becomes ‘the’ place to store your boat,” he says.

Miami River Cove was built in phases. In the first phase, 12 – 20K 4-Post Golden lifts were installed in October 2008 and a further 10 – 16K lifts in December. By the time phase two commenced, there was a waiting list and in 2009, 14 – 24K lifts were installed and are now occupied. Phase three, for which permitting is now complete, will also feature boat lifts.

“Customers that previously kept their boats in dry rack storage have been moving to our marinas because of the convenience and control of the individual lift slips, which are available to the customer 24 hours a day 7 days a week withou waiting for staff to load your boat,” Summers asserts. “Demand for lift slips has increased and we are now converting 40 – 45ft wet slips to lifts to meet the demand.”

Boat Lifts are also better for the environment as lift users do not need to use anti-fouling materials. “The Florida Department of Environmental Protection has encouraged our use of lift slips because of the protection it provides to the environmental resources. We also typically use concrete piles that promote the growth of filter feeders,” he adds.